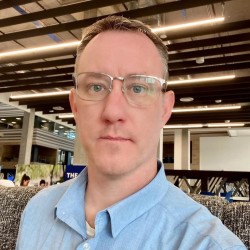 Why Bill Gates thinks Bitcoin, crypto, and NFTs are foolish

Reasonably. He co-founded and led Microsoft during its 1980s and 1990s revolution.

After leaving Microsoft, Bill Gates pursued other interests. He and his wife founded one of the world's largest philanthropic organizations, Bill & Melinda Gates Foundation. He also supports immunizations, population control, and other global health programs.

When Gates criticized Bitcoin, cryptocurrencies, and NFTs, it made news.

“You have an asset class that’s 100% based on some sort of greater fool theory that somebody’s going to pay more for it than I do.”

Gates means digital assets. Like many bitcoin critics, he says digital coins and tokens are speculative.

And he's not alone. Financial experts have dubbed Bitcoin and other digital assets a "bubble" for a decade.

Bill Gates is a better investor than Elon Musk.

“I’m used to asset classes, like a farm where they have output, or like a company where they make products,” Gates said.

The Guardian claimed in April 2021 that Bill and Melinda Gates owned the most U.S. farms. Over 242,000 acres of farmland.

The Gates couple has enough farmland to cover Hong Kong.

Bill Gates is a classic investor. He wants companies with an excellent track record, strong fundamentals, and good management. Or tangible assets like land and property.

Gates prefers the "old economy" over the "new economy"

Volatile digital assets include Bitcoin. Their costs might change dramatically in a day. Volatility scares risk-averse investors like Gates.

Gates has a stake in the old financial system. As Microsoft's co-founder, Gates helped develop a dominant tech company.

Because of his business, he's one of the world's richest men.

Bill Gates is invested in protecting the current paradigm.

He won't invest in anything that could destroy the global economy.

When Gates criticizes Bitcoin, cryptocurrencies, and NFTs, he's suggesting they're a hoax. These soapbox speeches are one way he protects his interests.

Digital assets aren't a bad investment, though. Many think they're the future.

If you disagree with Bill Gates and plan to invest in Bitcoin, cryptocurrencies, or NFTs, do your own research and understand the risks.

But don’t take Bill Gates’ word for it.

He’s just an old rich guy with a lot of farmland.

He has a lot to lose if Bitcoin and other digital assets gain global popularity.